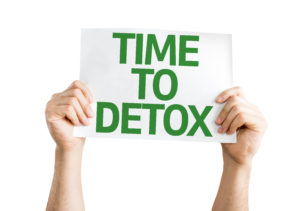 I met Ali, from the Middle East.  For 25 years he had been abusing his body with various addictive habits. He had been consuming Methadone for 15 years, which was slowly consumed his life, replacing his interests, ambitions, family and friends.

This developed into other core drugs.  As an addict he was in constant desperation, always fearing  and anxious that he would go into withdrawal. He needed his universal painkiller, Heroin, to numb his feelings.

His life had no meaning, and now his lifeline depended on hard drugs like crack cocaine that relieved his pain and cushioned all his problems with no reason to wake up. He would spend the whole day high, and he would regularly overdose.

His family knew that he would die unless he received the right help. Fearing death his family submitted Ali to my care after a long history of struggle and endless attempts to treat him privately.

Ali entered our rehab program and although he wanted to get better, he had little hope. He wanted to stay near home, but mentally away so he could get better.

Our Rehab treatment program was all encompassing with a team of specialists and consultant psychiatrists that worked with Ali to reassure and assess the situation, and a total bespoke program was developed with the consultants.

Ali could see that his family and friends in his life were included in his recovery. They all cared and were all prepared to work with the medical professionals to help Ali salvage his life.

Over time, Ali connected with different members of the team. He formed his own relationships with team members, trust and confidence in his own abilities to get better.

First sign of success was when Ali declared his desire to get better now! He testified:

“I was sick and I could not get well on my own, I didn’t want to go away on my own. I knew I was sad, and had no control, yet I knew drugs were poisonous but I didn’t know why I wanted to die.”

His family said that Ali cried for help as he didn’t know how to stop! In reality, his life was ruined as he became a relentless chaser of his own lost life.

Years of struggles and fights has left him broken and disappointing with family and friends, and his life was empty and meaningless

Ali had little hope when he started our Program and the rollercoaster journey started. It was demanding, physically difficult and his mind was playing games with him and his family but we all trusted the team – we felt they understood all of us, they trusted him – they were his mentors and friends, they worked with his pain and anxiety.

During these worst months he was at times away from his dear family, he wanted to see his father smile with pride.  With time he become stronger but the new found team of professional friends knew that it was a long journey and despite some drawbacks they still believed in him to reconstruct all the pillars of life – his relationships, his value, duties and religion.

It was a journey to new life that required strength and determination. He was reminded of his step by step achievements every day.

Feeling better, Ali shudders how he faced near death

His friends died and Ali saw what it did to them.

Ali’s father says “We are eternally grateful that your program saved our son, we have our dear son back!”

“I wish he was introduced to this type of  treatment sooner, to get better sooner and have his youth again. We all, as his family, have so much to do now and we are now learning to enjoy life again  with my son!”