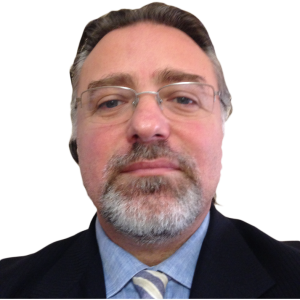 Dr Corniello has been practising psychiatry for some twenty years in Italy, Australia and UK. He trained from 1995 to 1999 under the supervision of Prof. A. Koukopoulos who is renowned for his research especially on mood disorders. During those years, he also collaborated with Dr S D’Amico in treating both in and outpatients with addiction problems.

In the years 1997-99 Dr Corniello was awarded a clinical research fellowship in preventative medicine by the University of Turin, Italy. From 2000 to 2005 he worked in Australia in different psychiatric specialities including Old Age, CMHT, CAMHS, with longest period being in Forensic Psychiatry for Justice Health in Sydney (2002 to 2005), based at Long Bay Prison Hospital. Dr Corniello provided: assessment and treatment of inpatients at Long Bay Hospital, outpatient psychiatric clinics within the main prison environment and in rural prisons (including patients with addiction and learning difficulties), forensic psychiatric reports for the courts and for the MHRT; he participated to all the academic activities.

From 2005 to 2014 he worked with South West London and St Georges NHS Trust as Associate Specialist and Locum Consultant, initially with the then Kingston and Richmond AOS, then for the Twickenham CMHT and for inpatients units.

From 2006 has been involved in international research with Dr Al-Falahe. From 2007 to 2009 he was a Honorary Associate Specialist in Group Psychotherapy. From 2011 to 2013 he gave lectures at the St Georges University for students in Medicine.

From 2006 has been a sponsored speaker in professional meetings. In 2013 he joined the lecturing body of the S.A.P.P. (Scuola dell’Accademia di Psicoterapia Psicoanalitica) in Rome.

From June 2014, following retirement from NHS, he moved to independent private practice and with London and Surrey Care where he is the Director of Education. Dr Corniello has full registration with the General Medical Council since 2002.